Halloween is upon us, once again. In Aruba, we might lack brightly colored, falling foliage, Jack-o-lanterns on our front doorsteps and a crisp autumnal chill in the air but when it comes to ghost stories – we’ve got those in spades. Come with us as we explore your favorite island’s spooky side with three distinctly unsettling tales of hauntings on Aruba.

There’s a path beneath overgrown kwihi trees, between the coral cliffs of the Spanish Lagoon called Rooi Frances, better known as the Frenchman’s Pass. These days the road cuts through an area of protected wetlands. 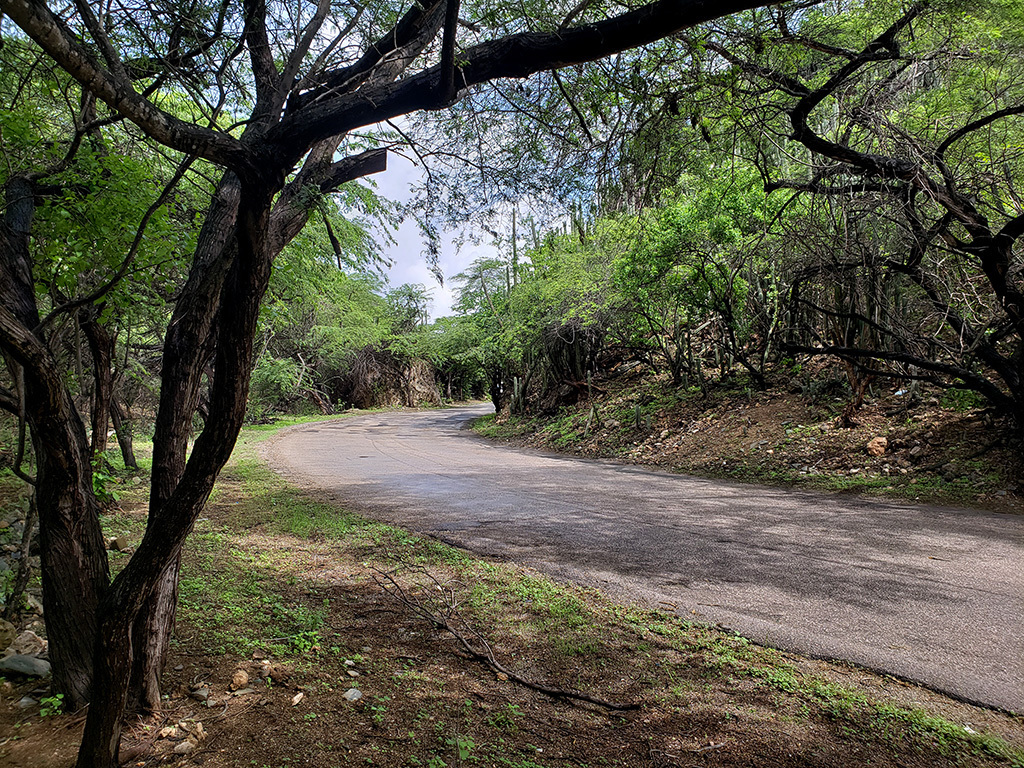 However, in the seventeenth century it was a haven for pirates who would anchor in the shallow waters off the coast and lie in wait to plunder unwitting Spanish galleons that came sailing through the Caribbean. For the most part, it seems that the pirates kept to the sea, but legend has it that one group of French pirates, decided to venture inland. Perhaps they were looking for a spot to secure their booty or perhaps they were looking for another kind of booty – companionship of the fairer sex – however they probably weren’t expecting to find a group of Indians, ready to defend their land.

The details of the events that transpired next have been lost to legend. A bloody massacre was fought around Frenchman’s Pass that resulted in heavy casualties. The actual details of that battle are unclear. Some say that the Indians were instantly overwhelmed by the pirates’ weapons, and were forced to retreat. They sought sanctuary in a nearby cave; only to die of suffocation when the French tried to smoke them out. Others believe that the Indians, with their knowledge of the land and ability to move silently – like wraiths – surprised the invading marauders and felled many French men before the bullets began flying. The only thing we know for sure is that many souls departed this mortal coil that day; but even that fact leaves us with one last question: did those souls ever really leave? 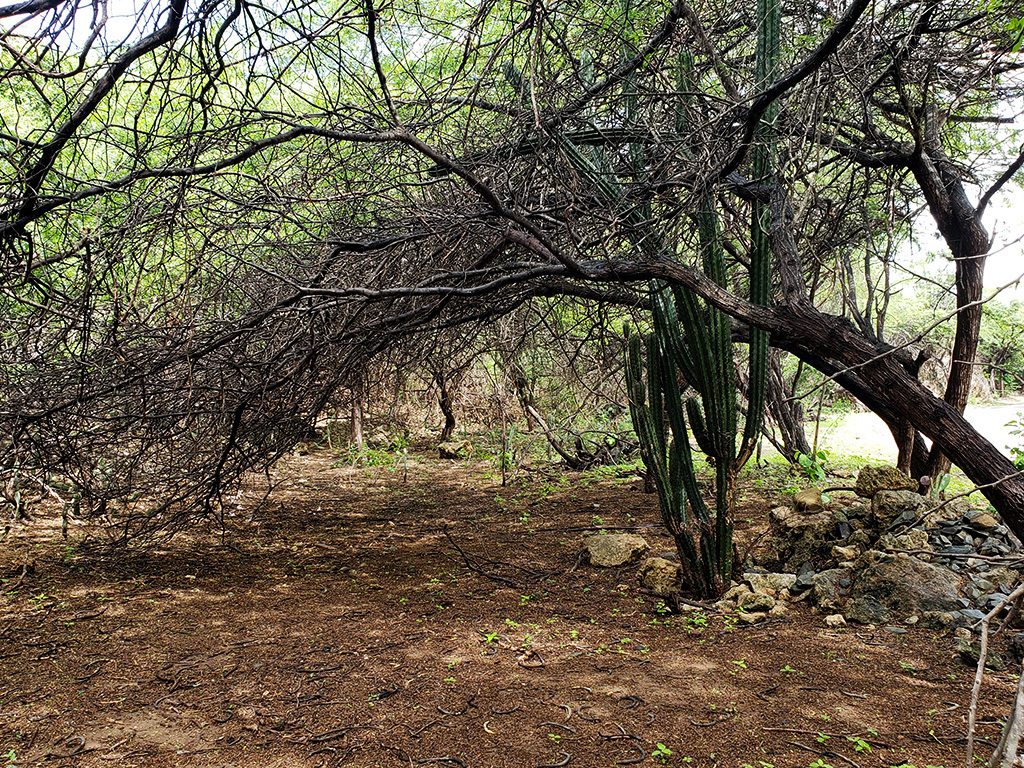 During the day, Frenchman’s Pass is a testament to the beauty of untamed nature. The ruins of the nearby Balashi gold smelter, that was built a century after the massacre, have been reclaimed by the land. Cacti grow to fantastic heights, while the indigenous burrowing owl, the shoco, dig their nests in peace and brave wild goats climb craggy, coral cliffs. Despite all the wildlife that lives in the lagoon, there’s frequently an unnatural silence in the area. Bird calls seem stifled and if dogs roam the hills they keep their voices to themselves. As twilight approaches all living things make their way home as fast as they can because – if you believe in these things – in Frenchman’s Pass, the night belongs to the dead. 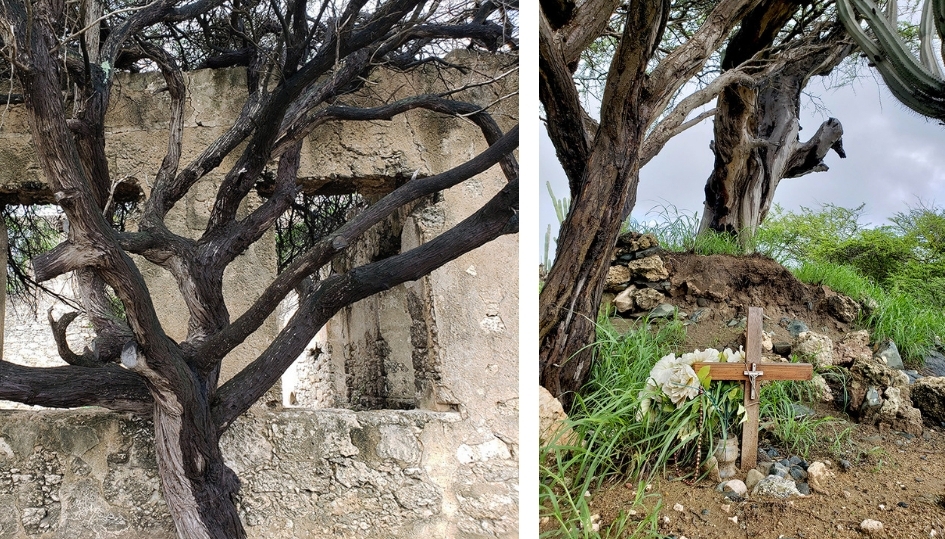 Strange things happen in the Pass after dark. People who live nearby report hearing wailing cries carried on the evening wind. There have been sightings of an elderly woman, wearing a woven shawl around her shoulders who seems to be searching for something, maybe for the young men of her tribe who were slaughtered that fateful day. An inordinate amount of accidents have happened on that road as drivers veer to avoid a figure in the road that’s never really there. Many locals refuse to take Frenchman’s Pass at night. Only speckled moonlight falling through the tree branches and the twin beams of headlights provide illumination and strange things happen to automobiles and electronic devices on that road. Car radios and sometimes even engines stop for no apparent reason, only to spring back to life moments later.

There have even been scattered reports of ‘glowing orbs’ or ‘fire balls’ that appear in the darkest parts of the night. These bright anomalies appear out of nowhere and head through the trees, seeming to beckon spectators towards the cliffs that line the road. Where the ghostly light leads is a mystery. If anyone’s ever followed one to its ultimate destination, we don’t know the details because they haven’t returned to tell their tale.

The Woman in White

In post-colonial times on the island there was very little social intermingling between the colonialists and local Indians. I once heard a story that’s not widely known about the daughter of a Dutch gentleman who was part of the colonial administration on the island in the late eighteen hundreds. She was the youngest of four daughters who looked alike with long, blonde hair and bright, blue eyes. Unlike her sisters, she had a bit of a wild streak. She refused to assume the mantle of a ‘proper lady’ and would sneak off and explore the island every chance she got. One day, she ran into a local boy while she was playing by herself at the seaside. Physically, he was as different from her as possible, with deeply tanned brown skin and soulful dark eyes but the two became fast friends.

Knowing that her family would disapprove, the two met clandestinely for years. He taught her the secrets of the land and she taught him to read and write in Dutch. As the years passed by, the innocent bond of friendship they had formed blossomed into deep love and affection for each other.

One day, tired of secrecy and lies, she threw caution to the wind and decided to tell her family that she had fallen in love and wished to be married. She hoped that her happiness would trump any prejudices they might have, but she was very wrong. Her family was absolutely scandalized. Her father – a prominent member of the community – immediately forbade his daughter to ever see the boy again. What was worse, he put her under virtual house arrest and arranged an immediate marriage for her with a recently widowed colleague who had children that were older than her. In desperation, she wrote the boy a note asking him to meet her by the sea that night so they could run away together. She gave the note to the person she trusted most in the world, her eldest sister. She told her sister exactly where to find the boy and begged her to return with his answer as soon as possible.

Little did she know, she was betrayed. Her sister immediately went to tell their father. Enraged, he informed his youngest daughter that she would never see her Indian boy again and went himself to meet the boy that was causing such upheaval in his life.

What happened next is unknown but the boy was never seen or heard from again. The girl, while devastated, allowed preparations to be made for her marriage to a man she didn’t love. Perhaps, to assuage his guilt, her father had an elaborately beautiful wedding dress made for her.

Two fishermen found her the morning of her wedding. She was floating in the water at the end of a dock near the main port. At first they thought she was an angel. The voluminous white material swaying gently in the water; golden hair floating around her head like a halo. The rope that held the rock she’d tied around her waist was just long enough to keep her a few inches from the surface. Sometimes in the early morning hours, you can see her walking the shore line still waiting to meet her lover – the fabric of her wedding dress unaffected by the breeze. 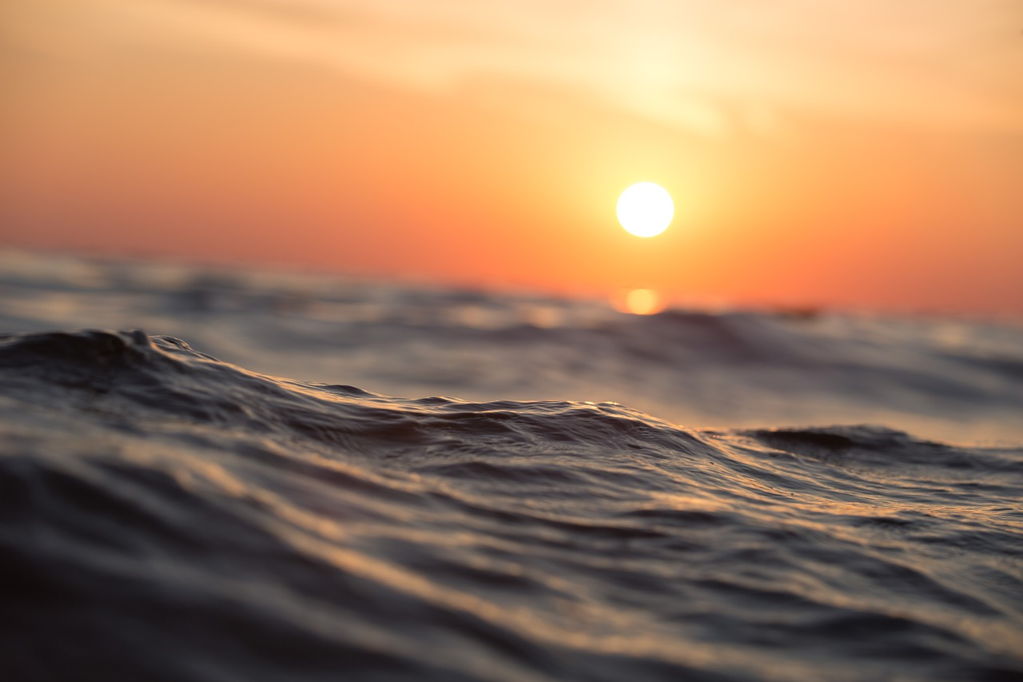 The Poltergeist in Malmok

It is a little known fact that Aruba was a major supplier of oil to the Allied Forces in the Second World War. Two of the largest oil refineries in the world were on the island; the Arend Petroleum Maatschappij, close to Oranjestad harbor and Lago Oil in the San Nicolas harbor.

Knowing that attacks from Axis Powers’ submarines was inevitable, Allied Forces on the island were using sand to create strongholds to serve as protection from seaborne missile attacks. During the excavation of that sand, a bulldozer unearthed part of an ancient Indian burial ground, revealing – and breaking open – the ceramic pot that held the skeletal remains of an indian.

From that day on there have been stories of a ghostly specter roaming the areas of Boca Catalina and Malmok. People have said that sometimes they can feel a malevolent force and sometimes see something out of the corner of their eye. Something that reminds them of the regal bearing of a noble indian warrior. Perhaps, a warrior who does not appreciate being separated from his ancestors.

Odd things happen in the houses in that area sometimes. Lights flicker, you don’t find things where you left them, dogs whimper and howl for no apparent reason – all things that can be easily dismissed as normal anomalies. Just ignore that tingle in your spine and stay away from that unnatural cold patch in the area of the house the air conditioner doesn’t quite reach…. but most of all have a happy Halloween!

Discover fun and spooky things to do in Aruba for Halloween. 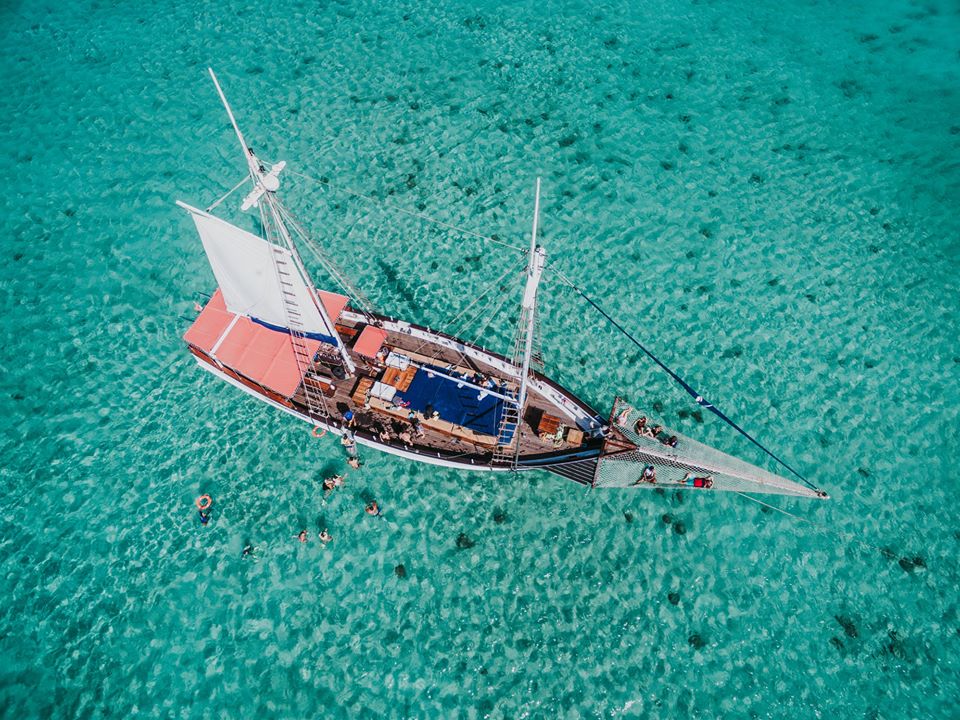 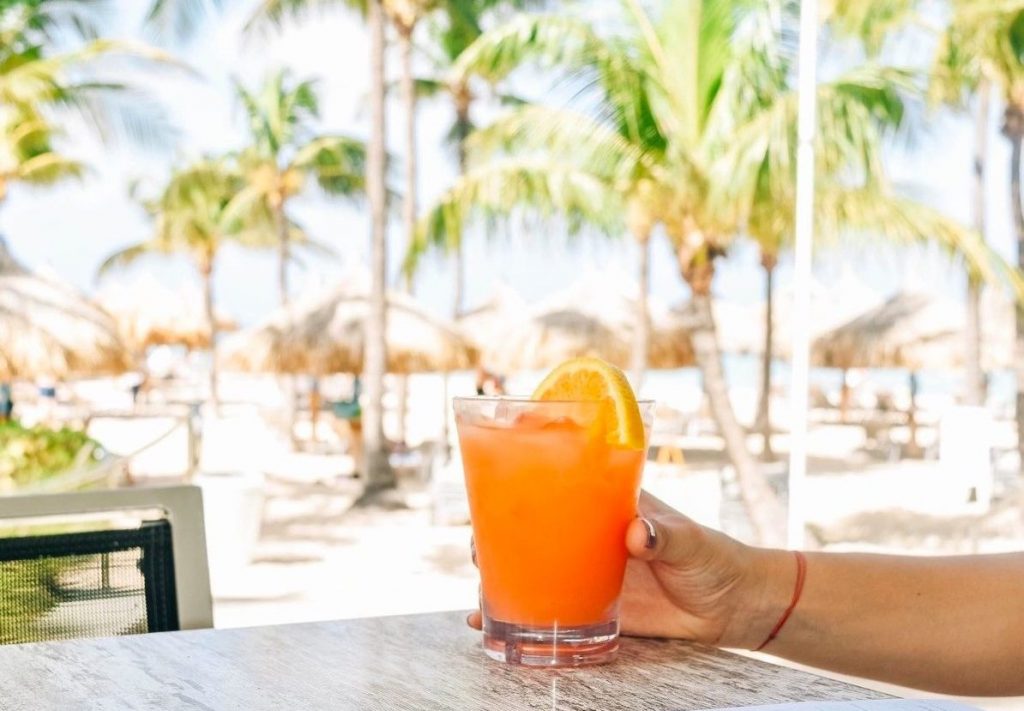