Skip to content
Home » About Aruba » Aruba’s ScubbleBubbles Foundation to the Rescue!

What do you get when you add a dedicated teacher, with a passion for diving, to a class of students with a passion for doing all they can to save the world? Well, if you’re the remarkable Nichole Danser you get your own team of eco-warriors called the ScubbleBubbles!

For over 10,000 years, the curious creatures we call coral provided a beautiful, thriving ecosystem for countless species of marine animals. Coral reefs protect land dwellers by serving as a barrier between violent ocean activity and the shoreline.

Corals are marine invertebrate who primarily reproduce asexually.  The corals that form reefs have a hard exoskeleton, made from excreted calcium, that protects the polyps (distant relatives of sea anemones) living inside. They are usually small creatures – less than half an inch in diameter – however some polyps, such as the ones found in mushroom coral can grow to be more than five inches long. These polyps have a mouth surrounded by tiny tentacles that catch microscopic zooplankton to eat.

Reef building coral also usually play host to photosynthetic algae. The coral provides the algae with a safe place to live and the materials they need for photosynthesis and the algae provides the coral with oxygen and helps them with waste management. Symbiotically, these creatures provide one of the most stunning sights in the world – most famously the Great Barrier Reef off the coast of Australia – which can be seen from space.

The extent of the damage climate change and pollution have caused to the coral reefs of the world in the past decade is absolutely devastating. In ten short years, rising water temperatures have killed off entire colonies of coral. Corals are beautiful creatures but they’re relatively delicate. They need specific conditions in which to thrive; they need clear waters that will allow enough sunlight to get to them and they need the temperature of the ocean to be, as Goldilocks would say – just right.

Without proper conditions, the algae that usually help take care of the coral polyps start, well… freaking out.  Instead of helping the coral, they start making all sorts of trouble. The coral expel the algae – but this leaves them unable to provide enough food for themselves and they experience a process known as ‘bleaching’. Bleached corals aren’t dead, but they are extremely vulnerable and significantly weakened.

Since the industrial age, corals have been at the mercy of man. Overfishing, pollution and rising sea temperatures are all major factors that are making it increasingly difficult to be a coral these days. They are dying off at an alarming rate and the effects of that ripple through the world.

Without coral reefs to provide a home for them, countless species of sea creatures are left defenseless, as are coastal communities on land – without reefs to bear the brunt of storms from the sea.

Coral reefs are always a popular diving attraction.  There’s something indescribably glorious about shimmying into a wetsuit, strapping an oxygen tank to your back and flipping off a boat into the silent depths of the ocean. For a moment, all you can see are the bubbles that represent the air you’ve displaced and then, suddenly, your eyes are assaulted with raw beauty. Brightly colored fish scatter (while giving you a mean side-eye when you disturb their schooling) – before showing you the way to the reefs they call home. The sheer beauty of the world under the surface is breathtakingly striking and serene. That’s why so many people who try scuba diving become passionate, avid divers.

Nichole Danser is one of those divers. That passion for diving is one of the reasons she decided to take a teaching job at Aruba’s International School. She has a reputation for creating amazing projects for her classes. During the 2016-2017 academic year, with the help of Aqua Windies, she outdid herself, by combining her love of diving and her love of teaching into a class project that allowed 10 of her students to get their PADI diving certificate.

Coral restoration wasn’t Nichole’s original intention, she just wanted to share her passion with her students. However, her fledgling divers had questions for her, the most prevalent being:why does the coral reef in some places look so much healthier than the rest? You already know the answer to that question – the corals off Aruba’s white sand beaches haven’t been spared. They’re getting sick and if changes aren’t made soon, there’s a chance that they might simply fade away.

Nichole Danser and her motley crew of divers decided that they weren’t about to sit idly by and watch as their underwater playground became a thing of the past. They started researching coral restoration and wanted to get involved – the problem was that, at that time, Aruba didn’t have any viable coral restoration projects. The good news? As a math teacher, Nichole is very good at solving problems. `

With the full support of De Palm Island, Nichole and her “Bubbles’ (as she affectionately calls her young crew) dove head first into the coral restoration scene. Their first step was to find a safe place, with little marine traffic and good conditions where they could ‘plant’ a coral tree. A coral tree is a structure made from PVC pipes with a sturdy concrete base.  Then, they gathered cuttings of coral from healthy colonies and attached them to the tree with fishing line. Free from stress, these corals have an opportunity to thrive and grow strong. It’s very much like growing plants from cuttings, but with lots more bubbles.

Coral restoration is a labor of love.  It’s time consuming, and certainly not inexpensive, however the Aruban community has valliantly risen to support the Scubble Bubbles. Their primary sponsors are De Palm Island and the Jolly Pirates, but countless businesses on the island have donated funds and supplies. Aruba Aloe will be sponsoring a second coral nursery that, under the guidance of the reef rescue network, will be planted this May.

As for the Bubbles themselves, their numbers have more than tripled. As word of this grassroots  restoration project rippled through the community, it caught the interest of kids all over the island. What’s more, the ScubbleBubbles have also caught the eye of prominent members of the Marine Biology community. Just last week, Nichole played host to scientists who came to Aruba to check out her work and guide the Bubbles as they delve deeper into their restoration project. The visit came at a wonderful time, because the Bubbles recently transplanted the first coral grown in a nursery, back to the reef. The operation was a success and now the sky’s the limit for the Bubbles…or, rather the sea.

The Scubble Bubbles are a sterling example of what people can do when they unite for a great cause.

If you’d like to help, you can! The ScubbleBubbles accept donations!

On a smaller scale, they’d also encourage everyone to use reef safe sunblock when swimming in the Ocean.

Since the Earth’s beginning, the ocean has protected, connected and provided for mankind – now it’s time for US to start giving back. 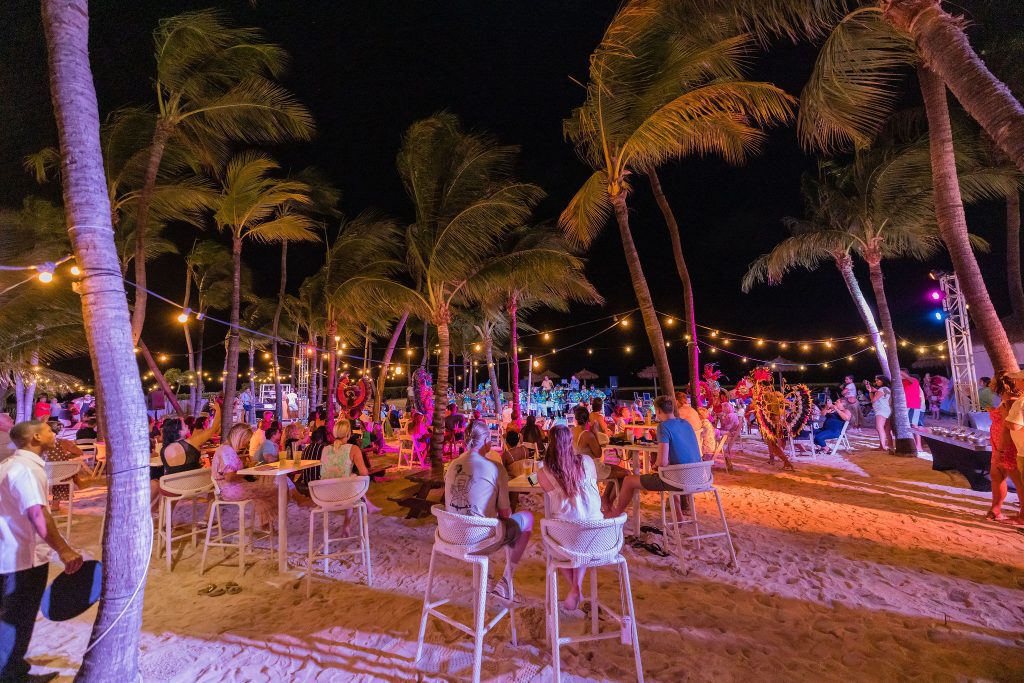 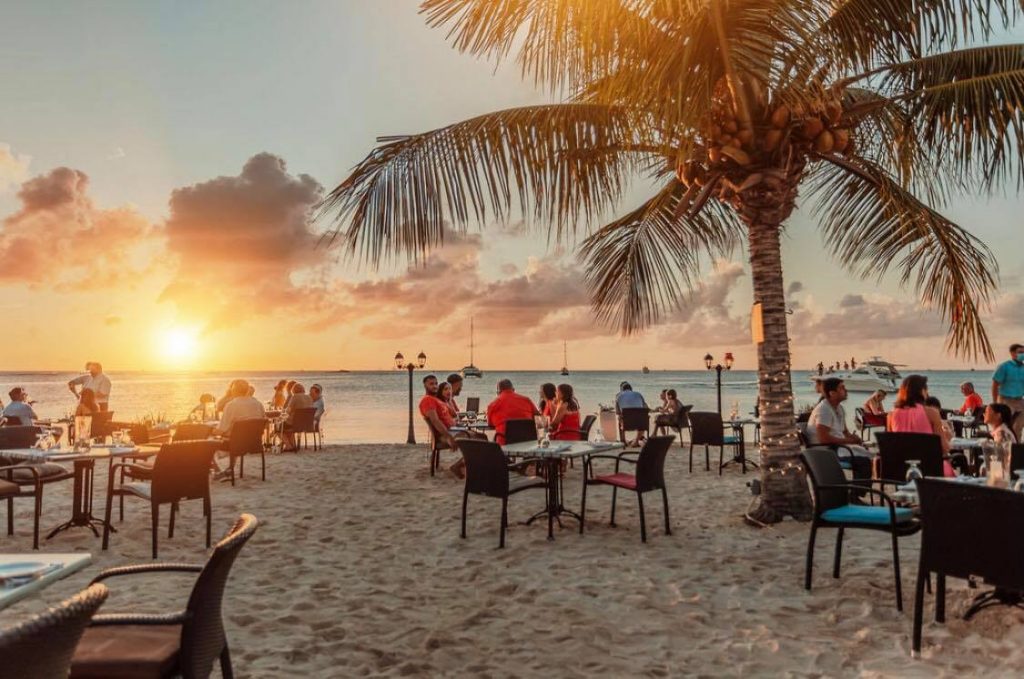