The end of year in Aruba is jam-packed with celebrations. Just after Halloween, the new season of Carnival opens in a big way in the month of November, Carnival music is played on radio stations and Carnival groups start with their four queens' coronation and preparing for sleepless nights working on their carnival theme. The local musical bands start preparing their new musical compositions for several competitions like the Tumba contest, Calypso and Roadmarch for children, young and adult categories.

The reason for this variety of celebration is clear. Aruba has adopted many cultures from different parts of the world due to immigrants. Aside from celebrating Sinterklaas and Santa Claus, people really celebrate the birth of Christ and there generally is a true Christmas spirit within the community. On the night before Christmas most families dress in their best clothes to go to church attending the Christmas Eve mass to receive blessings. After church and giving each other "Bon Pasco" they go home and have the traditional Christmas dinner. Other families celebrate Christmas morning with opening presents and having the traditional Christmas breakfast. 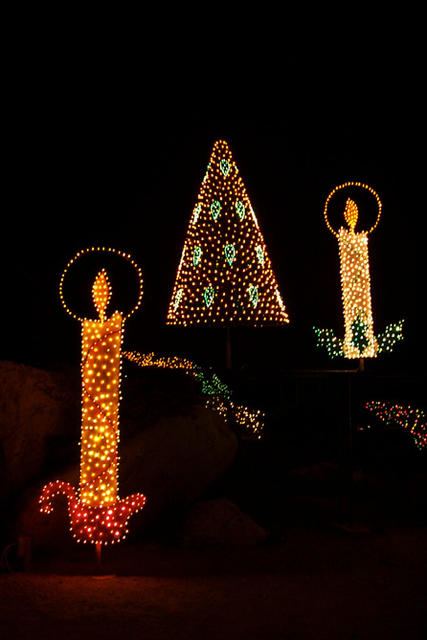 Christmas in Aruba would not be complete without a visit to see the Christmas lights at Seroe Preto. Each year young students volunteer and decorate this hill with colorful lights in the most creative ways. Some nights you can come across local bands playing Christmas songs or gaita. Also by just driving around on the main roads you can enjoy a variety of creativity with colorful lights being displayed on various Aruban homes.

Before Sinterklaas, Santa Claus, the Christmas tree and Christmas lights came along, the celebration of Christmas was quite a lot simpler, indigenous people who had been converted to Christianity had a tradition that is still being done by many families. Before Christmas the house is swept and mopped with special scents and the walls are newly painted. Three pieces of aloe bound with a bright red ribbon is hung above the windows and doors, this is done to welcome the spirits of peace and harmony into people's homes. The food was simple, perhaps the ayaca and ponche crema was also known back then. On the night before Christmas people would attend Christmas Eve mass dressed in their best clothes. The tradition has not died out but has changed over the years. 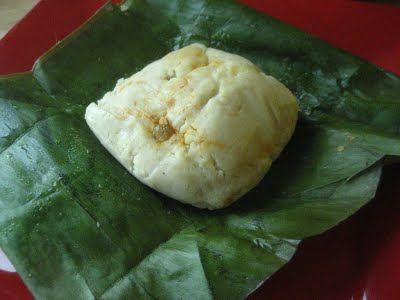 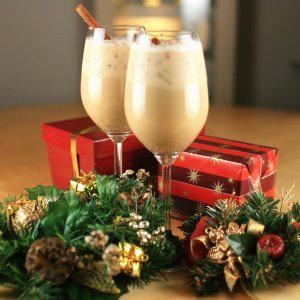 The food, as with the celebrations, was greatly influenced by the many cultures coming together. Aruban Christmas traditional dishes may sound familiar, Christmas ham, ayaca, arros con pollo, stuffed turkey or chicken and zults and oliebollen. Soups and salads like tuna salad, chicken and peas salad, egg salad, chicken sancocho and the famous pumpkin soup. Also for any guests an array of snacks are often prepared such as deviled eggs, cheese balls, croquettes, pastechi, sweet and sour meatballs, and sweets like rumballs and soenchi. Special cakes are the Pistachio cake and the Dark fruit cake just to mention a few. The drinks are chuculati pinda and ponche crema. The delicious stollen cannot be forgotten, which is a loaf-shaped cake containing dried fruit, and covered with powdered sugar or icing sugar. More recently added to the Christmas traditional food is also the Italian panettone and the pan de jamon.

Besides the Carnival music, you will hear Sinterklaas music, Christmas carols and gaitas in different houses but also at the malls and stores. Gaita is a style of Venezuelan folk music from Maracaibo in Zulia State. It may come from gaits, the Gothic word for "goat", which is the skin generally used for the membrane of the furro instrument. Other instruments used in gaita include maracas, cuatro, charrasca and tambora (Venezuelan drum). Song themes range from humorous and love songs to protest songs. The local gaita bands are composed mostly of a group of ladies who sings with angelic voices while they dance in choreographic manner. (source: Wikipedia) 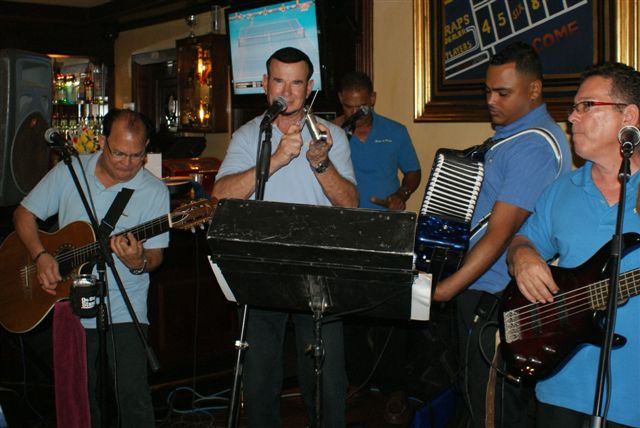 We don’t hear much of Dande being played until after Christmas. Aruban true traditional music is the Dande which is played to welcome the New Year. The Dande was born around 1880 after King Willem II liberated the slaves. The liberated slaves started playing the tambu and visited Aruban homes to wish them a Happy New Year. This is a true local tradition since there is no other island in the Caribbean that has a Dande tradition. Dande came probably from the Spanish word dandare which means going from one place to the other. The musicians normally visit Aruban homes right after the midnight fireworks and lyrics vary a little depending how many family members are present, since the lyrics are actually wishing each by mentioning a person's name and a happy New year filled with blessings, health and prosperity. The singer has to demonstrate the ability to improvise while a hat is being passed around so money can be deposited for good luck. After the Dande the group sings two more waltzes depending on the good luck wishes and then the head of the household will offer each of them something to drink (lately it's a non-alcoholic beverage since there are many more houses to visit now!).

This tradition almost petered out were it not for a group of concerned locals who decided to maintain this tradition alive. Now each year a festival is organized in which children and adults are invited to participate. This is done specifically so that the Dande tradition may be passed on from generation to generation.

The restaurants in the hotel / resort areas normally stay open. To make sure if a restaurant is open on a holiday, it is best to call ahead.

See more information on the national holidays and other celebrations.

On December 24th and 31st supermarkets may close earlier than normal.

However some smaller supermarkets will stay open for the holidays.

Gas stations are closed on holidays, the day before they may close earlier around 6:00 pm or so. They will open the next day around 10:00 am.

All stores in general are closed on Christmas day, Boxing day and New Year, the day before they may close earlier around noon. They will open the next day at normal hours. Stores in the vicinity of the resorts may remain open on these days for a part of the day or the entire day but this varies from store to store.