There’s a group on the island that’s mostly ignored. They spend most of their time sleeping in the shade, eat whatever they can find and stalk through the night like wraiths. They’re sneaky, silent and far too many of them are homeless. The wild cats of Aruba don’t cause very much trouble, unlike their crazy, canine counterparts; but they are quite problematic for the island.

Hungry cats are voracious hunters. Even my own sweet kitty – who has me trained to fill her food bowl upon request made by plaintive meow – has brought me more decapitated lizards than I care to admit.  Aruba took significant measures to curb the dog population but what about all those cats? It’s impossible to even say how many are combing the bush for any morsel of food they can find.

Numbers of many indigenous birds are dropping. Aruba’s iconic burrowing owl the Shoco and our lovely little sugar-thief-songbird, the Barica Geel are in very real danger of extinction.  Over-development is the biggest part of the problem but Aruba’s predatory street cats aren’t innocent either.  The island’s natural ecosystem is unbalanced and too many creatures are suffering as a result.

This amazing foundation is one of my absolute favorite grassroots movements. Ever. It was born out of a desire to end animal suffering on Aruba.  They focus on rescuing cats, because there are already several, prominent rescue operations that cater to dogs on the island; but they’ll never say no to any animal that needs a helping hand.

Unlike foundations that exist only to correct a problem, Nine Lives aims to eventually eradicate animal cruelty on Aruba. They put a significant emphasis on educating Aruba’s youth which will be fundamental in helping shift the island’s point of view regarding animal rights.  I’ve often heard tourists wonder why there are so many stray animals on the island. While the question is valid, the answer isn’t completely black and white.

For example, my son’s Opa was a fine man. He was a real ‘salt of the Earth’ kind of guy.  He had a small farm on his property for the longest time. He and his wife worked tirelessly, taking care of their animals every day.  They also had more dogs and cats than you could count. These dogs and cats were not treated like pets, no attempt was made to tame or train them – they were treated like employees. They had jobs – the dogs to protect the property and the other animals, and the cats to control the rodent population.  What was more than that, Opa thought it was cruel to take away an animal’s ability to…ahhhh….let’s say: reproduce. He believed that animals were meant to be free and that subjecting them to domestication was unnatural, perhaps even an act of cruelty.

Coming from a country where pets are treated like cherished family members, that mentality was difficult for me to accept but I do understand it. It was how it had always been –Aruba’s earliest inhabitants lived off the land and co-existed with the animals – as a matter of fact, they didn’t claim much as their own at all – but the world has changed quite a bit since those days.  That kind of mentality obviously needs to change. Humans have changed the shape of the world to better suit our own needs – now, it’s up to us to help all the creatures we’ve displaced along the way.

Which brings us back to the cats.  Since Nine Lives was founded on March ninth, 2018, they’ve done an incredible job of helping the island’s animals. They are a completely non-profit organization that exists completely on donations and runs on passion for saving animals.  On top of education the public and being on call 24-7 to rescue strays – they organized local fostering and overseas adoption. Anyone can pick up a bobble from the beach, but a little heart to fill with love is the best souvenir you can take home. One day soon, there won’t be so many strays on the streets; until then there are lots of ways to help!

If you can’t adopt a fur-baby right now, but you love cats consider volunteering some of your time. Nine Lives is always looking for a few good kitten snugglers.  That’s right…I said kitten snuggler. (Swoon) The clever minds behind Nine Lives know that cats who can socialize with people are more likely to find forever homes, so they get their charges used to human interaction from day one.  You can contact them via Facebook messenger to set up your ‘snugglin-time’. Don’t be daunted, their location isn’t difficult to find.

If ‘kitten-snugglin’ isn’t your thing there are still lots of ways you can help. Monetary donations are always welcome but supplies are even more in demand.  Pet supplies are very expensive over here, because of all the shipping costs and import taxes. So…ummm….well, there’s no subtle way to as you guys this: will you guys be our pet accessory mules?  Pretty please?

All physical donations are welcome: treats, toys, Frontline, flea collars, food bowls…you get the idea. You don’t even have to worry about bringing the supplies to Nine Lives, they’ll come to you to pick it up! Check out this Amazon wish list for a comprehensive list of their current needs. Hell, if you’re working on your physique and usually only bring over a carry on, why don’t you plan on checking a giant sized bag of Petsmart dog food?

There’s also a need for human traveling companions for overseas adoptions. Nine Lives tries, first, to get forever homes for their rescues on Aruba (mostly because they get really attached and like to visit on the holidays) but intercontinental adoption is becoming more common. If you want to fly an animal to their forever home it’s really no skin off your nose. You’re only obligation is getting to the airport on time and you will be celebrated – here, back home and on the internet.  Here’s more information about the transportation process.

Saturday, March 9th, from 10am-4pm at the Bestial Pet House found here in Tanki Flip, Nine Lives will be having an adoption day. If you go, you’ll see well kept animals and smiling volunteers but what you might not know is how hard everyone involved works. Just think of the logistics of transporting all those animals is daunting.  Rescuing animals is nothing short of a labor of love, luckily there’s no shortage of love at Nine Lives.

Another thing they’ve got in spades is organization and community support.  This isn’t a vanity project that’s backed by a lot of money, like I mentioned earlier, it’s a grassroots movement started by people who decided to take a stand against animal neglect.  It started with people who stopped complaining about something that bothered them and took action. The people who give their time to Nine Lives have jobs and families, but they decided to sacrifice their time and energy to help those who can’t help themselves.

Their of generosity of spirit is positively contagious – and they’ve got a merry band of Facebook followers helping to spread the word.

Thank you for your service, Nine Lives – you guys are really the cat’s meow!

All photos are courtesy of Nine Lives Aruba Foundation 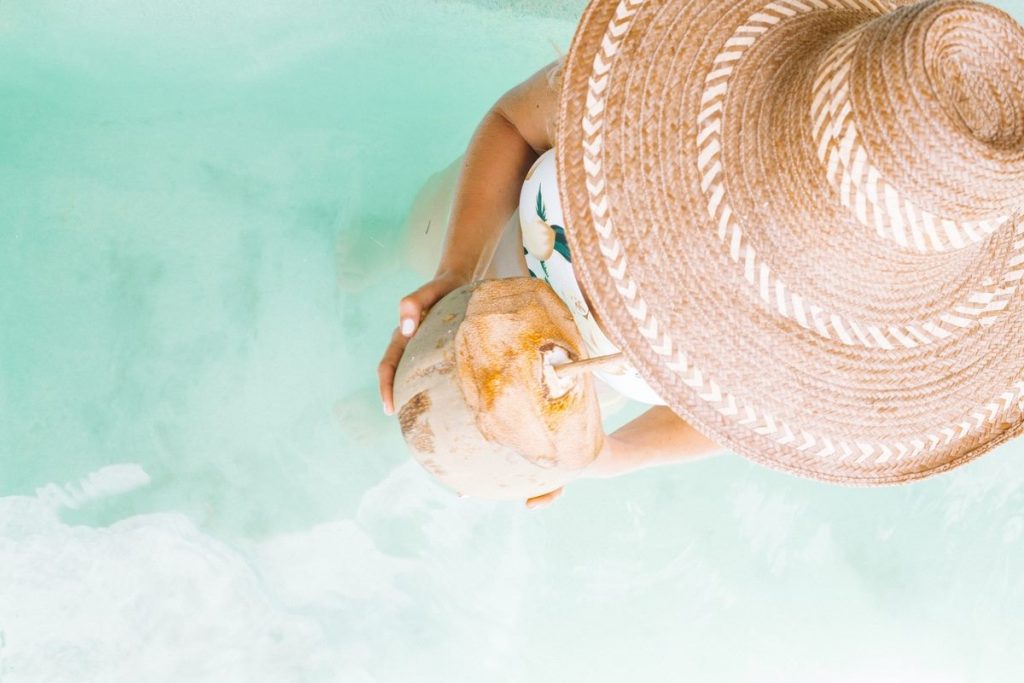 Plan Your Next Girls’ Trip to Aruba 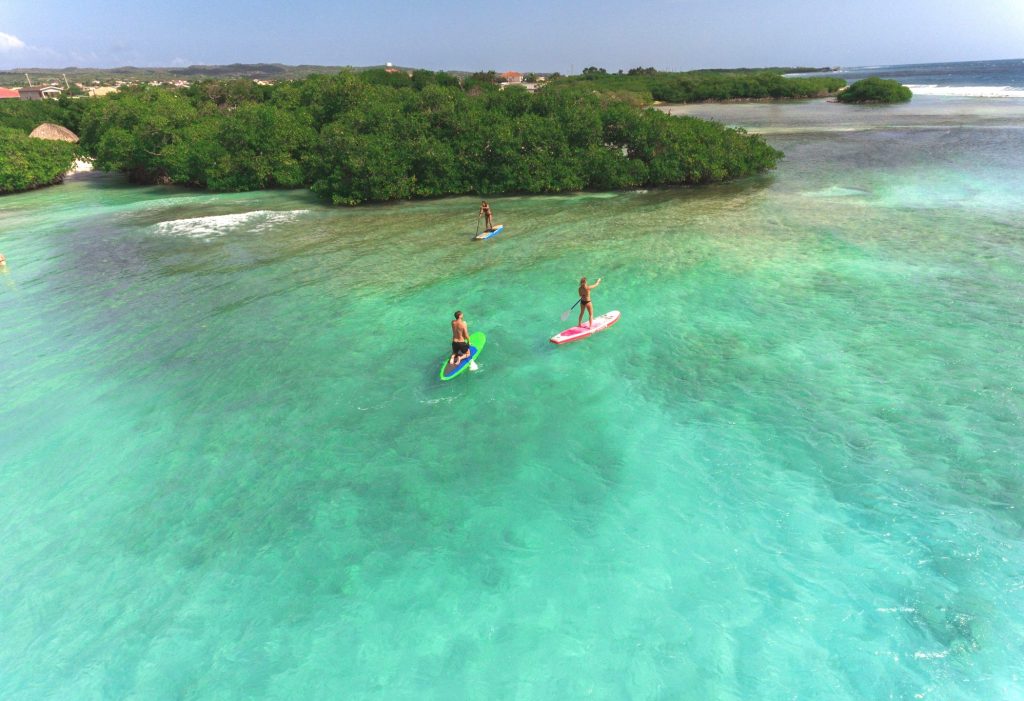 7 Fun Water Activities to Add to Your Aruba Vacation Plans 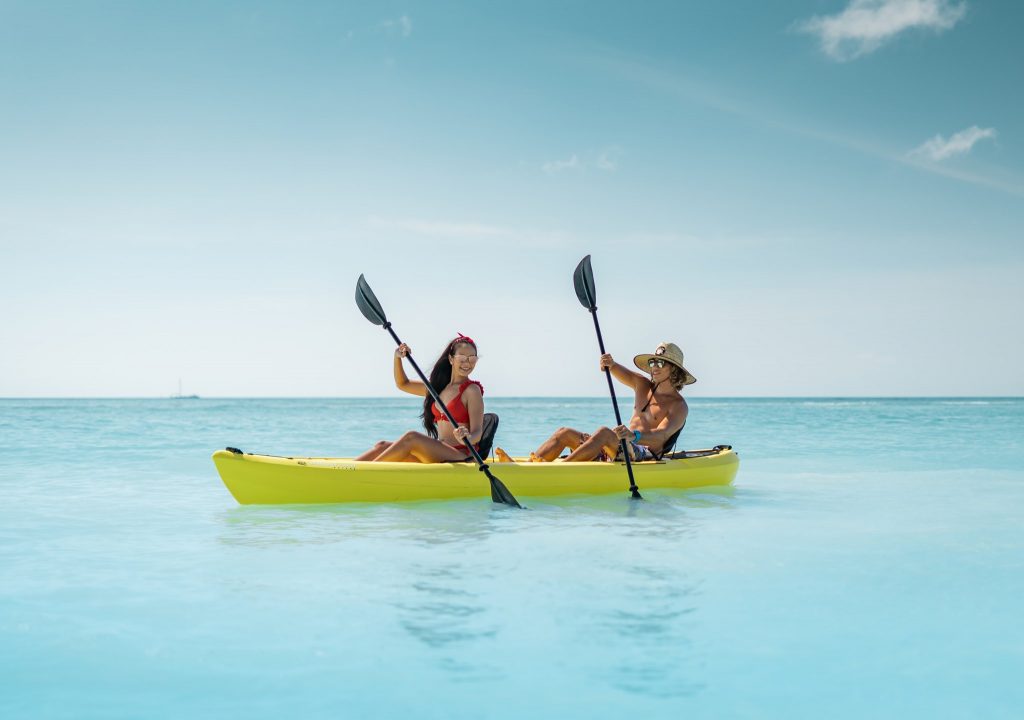