The famous Divi Divi (Watapana) tree is Aruba's natural compass, always pointing in a southwestern direction due to the trade winds that blow across the island from the north-east.
Aruba's trademark: the Divi Divi or Watapana tree.

Important to note: People often get the Divi Divi (Watapana) tree and Fofoti tree mistaken for one another. Pictured below is the Fofoti tree. Fofoti trees grow on the beach (you can visit a beautiful Fofoti tree for yourself at Eagle Beach, located just across from Amsterdam Manor) while the Divi Divi (Watapana) tree grows across the island, sprucing straight from the dirt. Both point in the same direction (Southwest) however, they grow at different angles, making it easy to mix them up!

Interesting fact: Attempts to plant this tree in other parts of the world have proved futile - it seems the Divi Divi is most comfortable in Aruba! 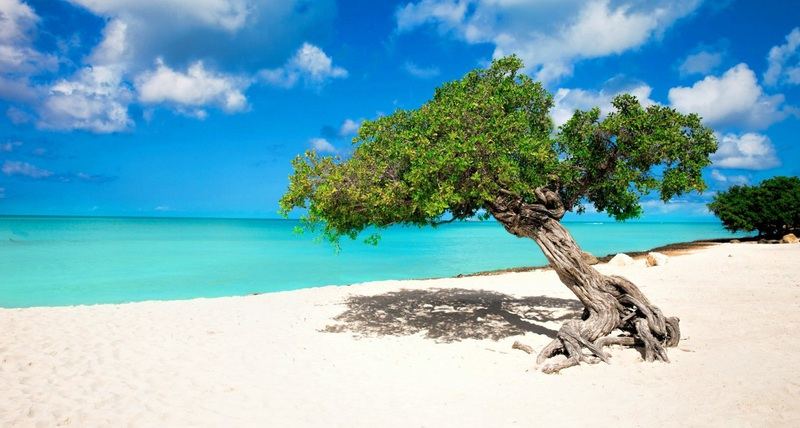 Despite its arid climate, Aruba has a large array of horticulture. One example is the Magdalena, similar in foliage and flower to the Impatiens found in the Eastern US, but which survive with very little water. Their purple and white flowers blossom all year round, providing natural decoration both along sidewalks and roadsides and also in the most looked-after gardens.

Also widespread are Caribbean Pines, a large variety of Hibiscus as well as Bougainvilleas, Wild Orchids and many other cacti, vines, shrubs and trees. 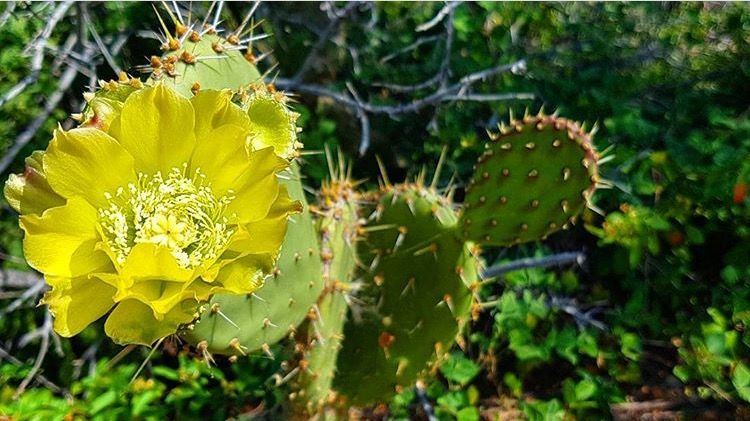 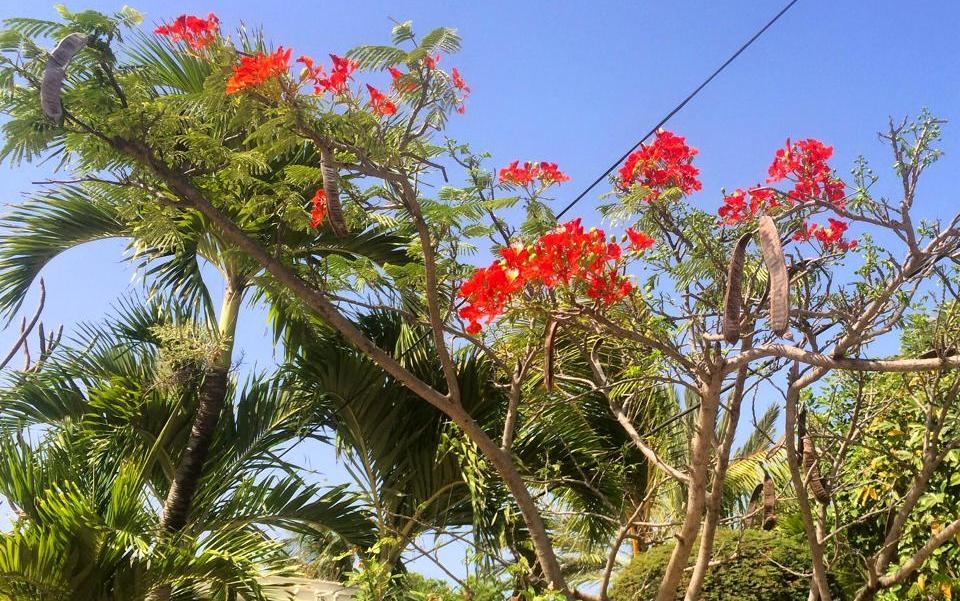 Lizards (Papiamento - lagadishi) abound in Aruba. In fact, half of the species of lizard known to man reside exclusively on the island. The kododo blauw has a blue-green color, are quite friendly and totally vegetarian. Pega Pega are cousins to the gecko and get their Papiamento name (pega means to stick) ,from the tiny suction pads on their feet which allow them to walk practically anywhere.

They are one of the last remaining prehistoric species who have eluded extinction - and have extremely loud voices. Iguanas, looking like miniature dinosaurs are often found high up on rooftops enjoying the sun or in trees where they find their favorite food - leaves.

Unfortunately they were often considered a delicacy themselves (their meat is tasty, comparable to chicken) and have been used in soup and stew by Arubans for generations. This practice is now illegal.
Iguanas adapt to their surroundings in much the same way as chameleons do, changing color from bright green to a more brownish hue when they're on the soil. 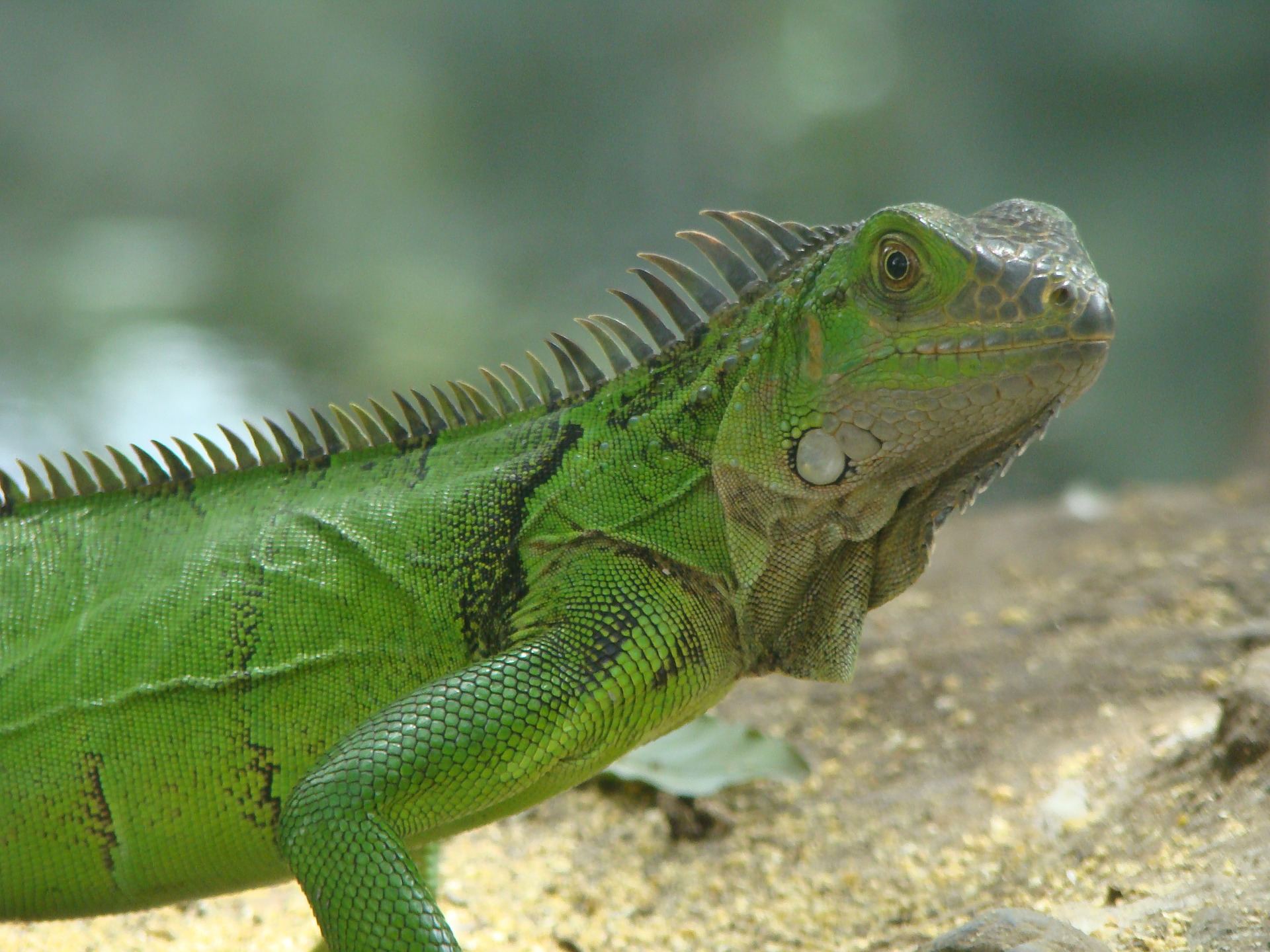 The Cottontail rabbit is also found in Aruba, and was probably brought over here originally by Indians prior to Columbus' time. A clue which seems to substantiate this theory is the fact that the rabbits here have a black patch on their necks, similar to those found in nearby Venezuela.

Although once thought to be disappearing, wild donkeys are making a comeback and are usually seen in groups of three or four in the more rugged parts of the island. For more information: www.arubandonkey.org Brought to the island by the Spanish, these donkeys were often a test of manhood for many youngsters from San Nicolas who would try to mount and ride them. 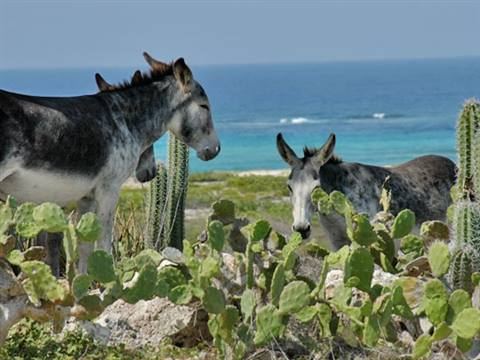 Some time ago, hotels in Aruba specifically put gratings outside their entrances to deter sheep and goats from entering their gardens. These animals are quite common on the island, and goats also find their way to the Aruban table where they are also considered a tasty dish.

Keep your eye out for the beautiful, bright multi-colored Prikichi, Aruba's National bird!

A common sight on many of Aruba's beaches are pelicans. For more information on birds of Aruba: www.arubabirds.com These zealous fish eating birds can often be seen swooping down and diving into the sea, disappearing underwater for a few seconds while they home in on their targets. Bats can be found in caves towards the Northeast of the island - most are insect eaters and nectar drinkers with the exception of one particular species that prefer fish and dive into the sea for their food.

Get lost in Nature: