Museo Historico Arubano (MHA) is housed within the oldest buildings of Aruba, the Fort Zoutman and the Willem III Tower. Both are protected monuments since 2011 and are our witnesses of the rich history and prosperity of Aruba’s capital, Oranjestad. Once inside Fort Zoutman, you are bound to feel the history seeping through the walls while learning more about Aruba’s heritage.

Centuries ago, when settlement was permitted by the Dutch, Paarden Baai (Horses Bay) in Oranjestad became an intermediate harbor for trade between Curaçao and Venezuela. For protection against pirates and enemies, Fort Zoutman was built in 1798. The Willem III Tower was built in 1868 and served first as a lighthouse. In 1963, after 95 years, the light in the tower was extinguished and the tower was then used as a public clock tower.

On April 20, 2001 during a festive ceremony in honor of an official visit of the Dutch Crown Prince Willem Alexander, the exposition titled "Aruba: Milestones and Challenges" was opened at the Historical Museum in the Fort Zoutman building. The exposition gives an impression of the development of Aruba from the pre-historic age up to today. In an interactive setup, visitors can enjoy different topics such as Aruba's geology, nature, industrial history, archeology, art, education and Aruban society in general. 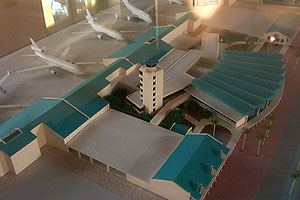 On July 1925, the hydro aircraft "IDOR" landed as the first plane on Aruba in the bay of horses harbor of Oranjestad. The Fokker aircraft "SNIP" landed on December 23, 1934 at Savaneta airport.

On October 22, 1955 the name of Aruba's third airport is changed to Princess Beatrix Airport. The Queen Beatrix Airport is officially opened in 1972. In 1997 the renovation Project Beatrix 2000 initiated and on September 1955 a soft opening is held while the completely renovated Airport of Aruba is inaugurated on September 1, 2000. 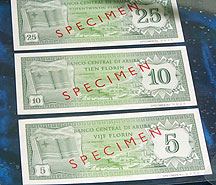 On January 1, 1986, Aruba obtained its "status aparte" (separate status). Prior to that date, Aruba was part of the Netherlands Antilles. Upon the inception of the Status Aparte, and pursuant to the Central Bank Ordinance (1991) a new monetary authority, the Centrale Bank Van Aruba, was established.

Simultaneously, a new legal tender, the Aruban Florin,was introduced at a fixed exchange rate with the u.s. dollar (Afl. 1,79 - US$ 1.00). The bank is a legal entity in itself (sui generis) with an autonomous position within Aruba's public sector. The name florin is derived from the Italian word "florino". Florino means flower and is one of the most popular coins for more than 4 centuries. Various nations have used the denomination florin. At the moment Aruba is the only country in the world that uses the florin in its bills and coins.

Due to a the scarcity of coins, people began to cut the 8 "reales" in 4 equal pieces. The triangular coin was cut with a "guillotine". Through the years the word guillotine degenerated to the word yotin. 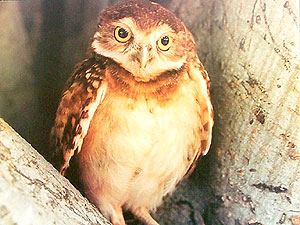 The interesting Shoco (owl) is a native bird of prey that
normally hunts at night. 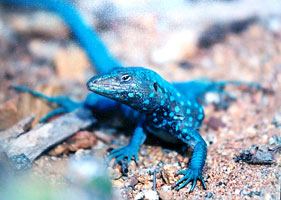 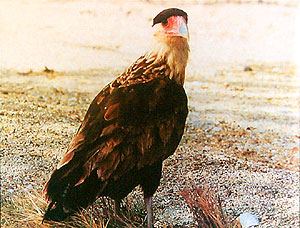 The warawara bird of prey (the eagle) is a scavenging animal. 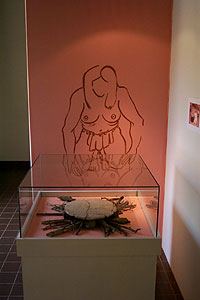 An Indian woman of the Caquetio tribe used this ceramic baking-tray between 1100 - 1350 in Santa Cruz. From the form we can deduce that its owner used the ceramic baking tray to bake a type of pancake made from corn wheat.

When she died the ceramic baking tray was buried with her. This shows the importance of her baking in the community. 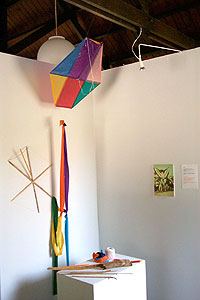 As soon as the Lent Season begins, Arubans start making kites for recreation, as well as for competition. Originally kites were made of dry cactus. Making kites and flying them on the "Queen's Day" (April 30th) is a tradition that encourages the participation of the both old and the young. Aloë Vera is an imported plant that favors a dry climate. From 1840 'till the opening of the Lago Refinery nearly every Aruban produced aloe vera. Large plantations were situated in Socotoro and Mon Plaisir. Nowadays the Aruba Aloe Balm N.V. uses aloe vera especially as a raw product for skin care products. 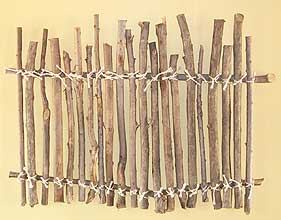 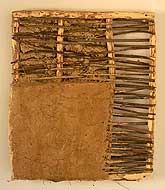 The houses of the Caiquetio (1000 - 1515), were made in oval forms from local tree trunks. A wooden fence surrounded the village. 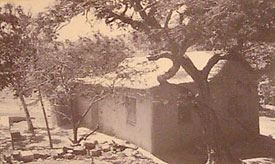 Houses of clay, made from mud and dry cactus were used in the 17th century.

The typical Aruban house made of lime stone can still be seen everywhere over the island. After 1900 modern constructions became more common. Cement blocks have replaced wood, mud and lime stone. 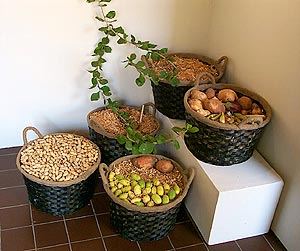 Commercial horticulture consists of small farms. There are about 40 entrepreneurs who cultivate approximately 25 hectares - mostly part time. Agricultural products vary from eggplants to sweet potatoes. Peanuts (12 hectares), okra (6 hectares) and hot peppers take up most of the cultivated areas.


[ All information courtesy of Rebecca Roos & the Aruba Historical Museum ]

*Due to COVID-19 the museum remains closed. You can visit our museum in the Watertoren San Nicolas and learn more about Aruba's rich history.