Come find your place in the sun and soak up the vibes at the 20th Anniversary of the Soul Beach Music Festival hosted by Aruba unveiling the stellar lineup and superstar performers, Memorial Day weekend, May 20-25, 2020 with main stage concert headliners Mariah Carey and The Roots.

Bringing incandescent vocals embodied in glitter and glam to headline Sunday, May 24th, MARIAH CAREY is the best-selling female artist of all time with more than 200 million albums sold to date and 18 Billboard Hot 100 #1 singles (17 self-penned), more than any solo artist in history. Mariah is a singer/song-writer/producer recognized with multiple Grammy® Awards, numerous American Music Awards, Billboard’s “Top Female Artist of All Time”, Billboard’s “Artist of the Decade” Award, Billboard’s “Icon Award,” the World Music Award for “World’s Best Selling Female Artist of the Millennium,” and BMI’s “Icon Award” for her outstanding achievements in songwriting, to name a few – with her distinct five-octave vocal range, prolific songwriting, and producing talent, Mariah is truly the template of the modern pop performance. 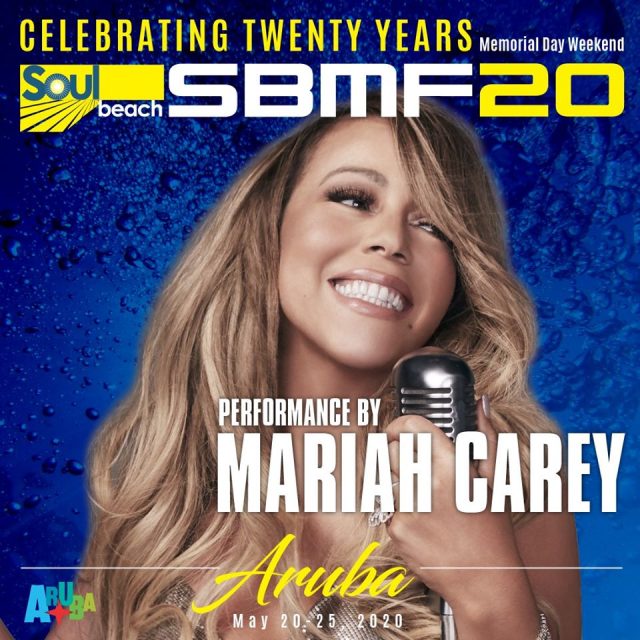 Elevating the soul like no other with laced lyrics and impeccable vibrations to headline Saturday, May 23rd, THE ROOTS have become one of the best known and most respected hip-hop acts in the business, winning four Grammys®, including “Best R&B Album” for “Wake Up!”, “Best Traditional R&B Vocal Performance” for “Hang in There” (with John Legend) and “Best Group or Duo R&B Vocal Performance” for “Shine.” This brings the band’s Grammy®, nomination count to twelve. Additionally, “The Roots Picnic,” a yearly star-studded mix of musicians, has become a celebrated institution. The Roots were named one of the greatest live bands around by Rolling Stone and serve as the official house band on The Tonight Show Starring Jimmy Fallon. 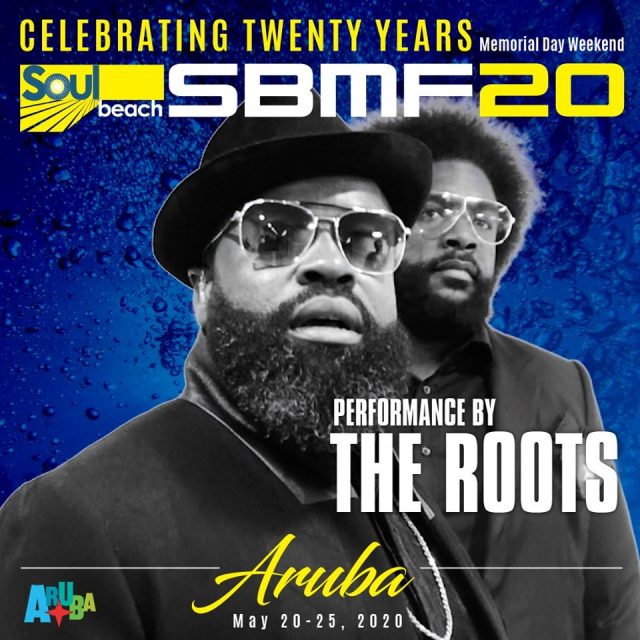 DEON COLE is a comedian, writer and actor who can currently be seen on ABC’s Black-ish, Freeform’s Grown-ish and his latest one-hour stand-up special for Netflix, COLE HEARTED. Deon will illuminate the main stage with rousing comedic genius and his calculating stage presence sure to captivate thousands of festival goers. 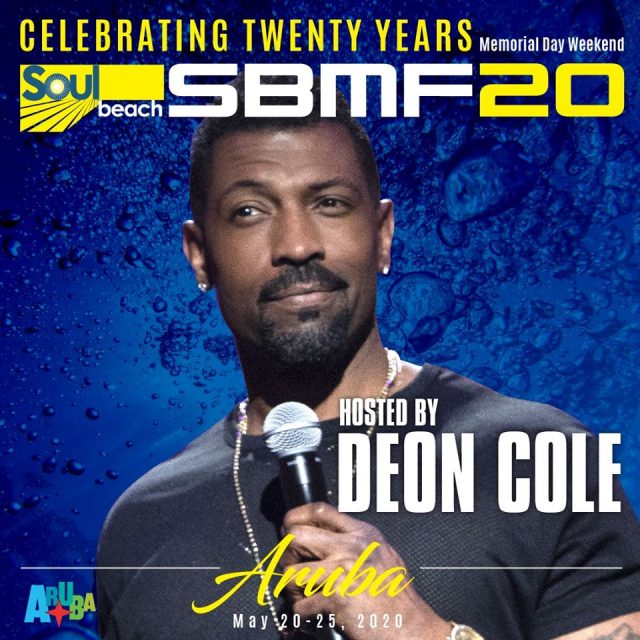 “We are thrilled to welcome celebrated musicians and comedians to the 20th anniversary of the Soul Beach Music Festival on the One Happy Island of Aruba. Each year, this unforgettable festival creates treasured memories for visitors as they immerse themselves in the local culture, dance the day and night away and enjoy our pristine beaches,” said Ronella Tjin Asjoe-Croes, CEO of Aruba Tourism Authority.

Delve into the overflow of Aruba – One happy island – to experience the Caribbean Wow factor like you’ve never seen it before with sun swept coastal views, majestic tranquility, trailblazing scenic tours, aquatic adventures and shopping escapades along with culinary superstars ensured to alter ones state of mind. Aruba’s wanderlust-fueled appeal, a true multicultural mix of modern luxury and artistic charm, draws globe-trotting travelers to pad across powder soft sands while beckoning their souls to soar beyond imagination. The amplified allure of this island paradise is unmatched and offers endless attractions as in a picture-perfect postcard. Soul Beach Music Festival, previously named #4 by USA Today readers’ choice “10 Best Caribbean Celebrations” and #1 “Caribbean Summer Festival” by Jetsetter Magazine, boasts a seasoned blend featuring live music performances, comedy shows and beach parties. It’s no wonder festival goers return year after year to indulge in the coastal collaboration of Soul Beach Music Festivals’ mega gathering and the breathtaking destination of Aruba’s oceanic oasis. Coupled with the celebratory feast of Soul Beach Music Festivals entertainment and Aruba’s star power, this dynamic duo offers up a lifetime supply of boundless memories. There is no other place to be Memorial Day weekend other than in the afterglow of a paradise supernova, the 20th Anniversary of the Soul Beach Music Festival hosted by Aruba.

“The Soul Beach Music Festival delivers an annual event that celebrates a reunion of family, friendships and great vibes. The event is powered by soul stirring music and hilarious comedy performances” said Soul Beach Festival Productions, CEO, Mark Adkins. “As we look forward to the 20th Anniversary, we want to extend a heartfelt thank you to the tens of thousands of Soul Beach tourists that have traveled to attend the event and to our true partners in Aruba, the people, sponsors, government, and Tourism Authority. This year’s combination of performers is exceptional and includes one of the best live bands in the business, multi-Grammy winners The Roots, as well as one of the most extraordinary vocal Icons in history, singer/songwriter, Mariah Carey along with comedy meteorite, and this year’s host of main stage concerts Deon Cole. All of this year’s talented artists will further highlight the range of great performances that have graced Aruba’s beautiful shores over the past two decades. We hope you’ll join us for this momentous celebration and look forward to seeing you there.” said Mark Adkins, Executive Producer of Soul Beach Festival Productions.

The 2020 Soul Beach Music Festival, #SBMF20, will roll out more highly anticipated announcements of main stage performing artists in the weeks to come. For information about ticket sales, accommodations and the latest updates sign up for CLUB SOUL BEACH, by visiting http://www.soulbeach.com.

One Happy and Safe Marathon Concludes on Palm Beach