In what is becoming yet another banner year for the properties, the Divi & Tamarijn Aruba All Inclusives have received distinctions of excellence from several top travel organizations including TripAdvisor®, MLT Vacations SM, Apple Vacations®, Travelife and Zoover.

“It is very gratifying to see such prestigious travel sites continuing to give high marks to the Divi & Tamarijn Aruba, particularly considering today’s highly competitive marketplace,” said Alex Nieuwmeyer, Managing Director of the Divi Resorts Aruba and Bonaire.  “Whether based on guest reviews submitted by travelers or by audits conducted by the organizations themselves, our efforts to distinguish our resorts as industry leaders continue to bring us success.  This is largely due to the devoted efforts of our wonderful staff, who clearly share in Divi’s commitment to excellence.”

For the first time in 2013, the Divi & Tamarijn Aruba All Inclusives were awarded a Gold Award from Travelife, an international certification system developed by and for the travel industry to help accommodations providers to improve the way they manage their social and environmental issues through compliance with the requirements of its 99 sustainability criteria. Both properties earned The Gold Award, the highest level of distinction a property can achieve, following a thorough audit by Travelife.

In addition, MLT Vacations, one of the largest providers of vacations in the United States, selected the Tamarijn Aruba as a 2013 Quality Assurance Award winner for its outstanding quality, customer service and product delivery. The Quality Assurance Awards are earned by MLT Vacations’ partners that achieve a 99 percent customer satisfaction index and a 99 percent product delivery performance. For 2013, data was gathered from more than a million customers who travelled through one of MLT Vacations’ airline partner brands.  The Tamarijn Aruba is one of just two properties on Aruba to earn this award in 2013 and, of the more than 4,000 hotels and resorts offered by MLT Vacations, it is one of only 250 that earned the Quality Assurance Award this year.

Apple Vacations has also recognized the Tamarijn Aruba with a 2013 Apple Vacations Golden Apple Award.  It is one of 190 resorts throughout Mexico, the Caribbean, Costa Rica and Hawaii to have received this Apple Vacations’ award, which is given to hotels that have earned exceptional ratings by customers on Apple’s post-trip Vacation Satisfaction Questionnaires. For almost 45 years, Apple Vacations has provided affordable, top quality vacation packages from U.S. departure cities nationwide to vacation destinations throughout Mexico, the Caribbean, Central America, Hawaii and Europe, as well top US and Canadian ski resorts.  Separately, the Tamarijn Aruba was named one of the Best All-Inclusive Island Resorts Ever by the editors of Islands magazine.

As further testament to its customer appeal, the Divi Aruba has been named a 2013 Zoover Award Winner by Zoover, a top holiday review website based in the UK. The Zoover Awards recognize the best-rated accommodations in Europe and popular destinations worldwide, and have become one of the most-coveted consumer prizes in the travel industry. Award winners are selected according to which establishments earn the highest traveler ratings on Zoover.

Located just thirty minutes from the airport and five minutes from Aruba’s capital city, Oranjestad, the Divi & Tamarijn Aruba All Inclusive resorts are set on beautiful Druif Beach, with a shopping arcade and the Alhambra Casino nearby.  Guests staying at either the AAA 3-Diamond Divi Aruba or the adjacent, oceanfront Tamarijn Aruba have use of all facilities and services of both properties.  All stays at the Divi & Tamarijn Aruba include all meals and snacks at a choice of nine dining options, unlimited beverages at seven bars, the use of three freshwater pools, a wide range of activities including non-motorized water sports and nightly entertainment.  In addition, all guests may use the well-equipped Divi Winds Sports Center, which features a 30-foot outdoor rock climbing wall on the beach.  At the Divi Aruba, the chic pool deck has become a central gathering place for guests of both properties to relax.  The resorts offer a variety of packages including honeymoon, family, golf and wedding.  An onsite wedding coordinator assists with arrangements for beach weddings through Aruba Weddings For You. 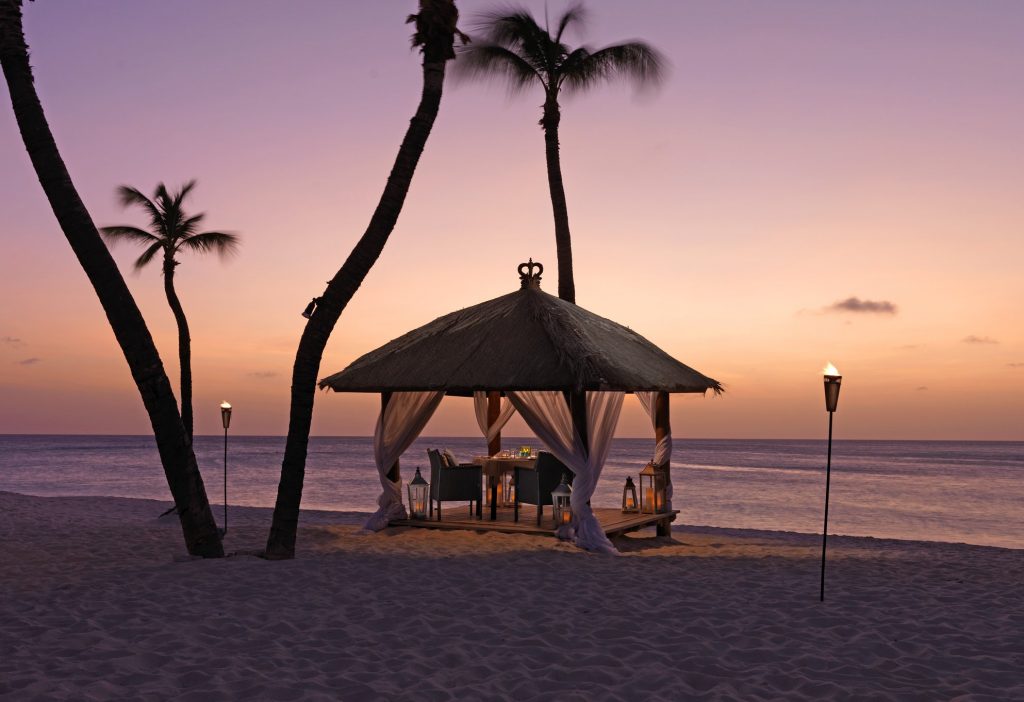 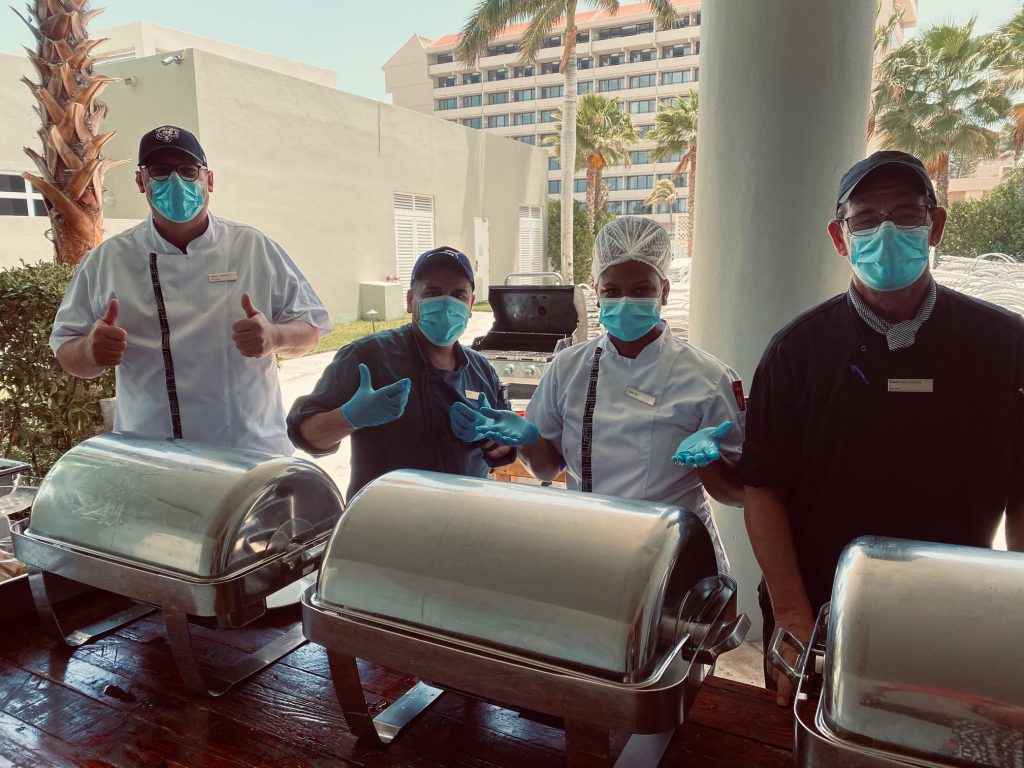 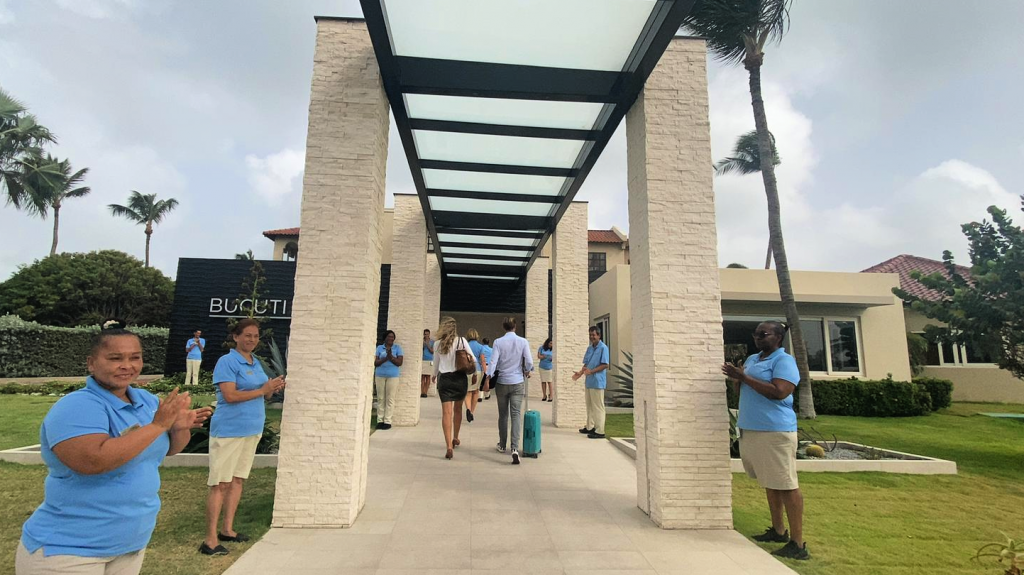