After King Momo and Momito go up in flames, we all think that the carnival activities are left at rest until next year. Not so for the Carnival Group Leaders, for them it signals the start to preparations for the next theme to be used in the next carnival season, which would need to be ready for presentation at the opening of the new season in November of the same year. They prepare several themes including a separate one for the children if the overall theme is too serious. Aside from the theme preparation group leaders start selecting their representation for Princes and Panchos (Child, Youth and Adult), Queens and also reserve the best band that fits their budget. The group has to keep their cost as low as possible because they are also responsible to keep participants refreshed with drinks and food during the parades. In the early days social clubs used to take care of the organization during the parades, but as time went by Carnival groups themselves took on the responsibility of making Aruba's Carnival one that continually stands out in the Caribbean. Actual participation in the parades is the culmination of months of preparation. After considering a theme each group leader consults with a close-knit group of their members behind closed doors preparing and discussing several designs before selecting one. Slight variations of theme are drawn, including a design variation for men, women and children's costumes, but all of which are based on the chosen theme. Other variations of the design are created for the head-pieces, body-pieces, road-pieces and floats.

Once the designs are approved, the colors, fabrics and other materials such as sequins, beads, precious stones and feathers, are selected. Sometimes even hats or headdresses (head-pieces) are used for the entire group. Once everything is ready to present to SAC on the opening of the new Carnival Season, group leaders start organizing fundraising parties. 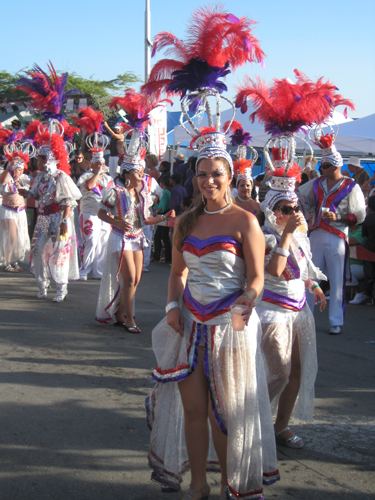 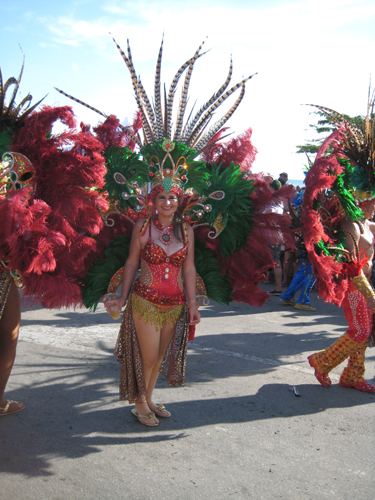 The torch parade initiates several sleepless nights for the participating members of the groups to work on their costumes, head-pieces, body-pieces and so forth. The group leaders leaves room for everyone's individual creativity but still within the lines of the designs or theme (floats and road-pieces). Each member can work on their own but mostly for group support they plan meetings several days ahead to work on their costume/body-piece and work well into the night many times.

After all the hard work is done they get to show off their works of art on the parades. There are several judges during the parades that get to see what each group has done. They judge on creativity, finishing and detailed work on costumes, head-pieces, body-pieces, road-pieces, floats, the refreshment station and even the bands. A factor is also the uniformity and the enthusiasm of the members in the group and how they interact with the bystanders. The groups get to win one or several prizes at the end for their hard work during that season. 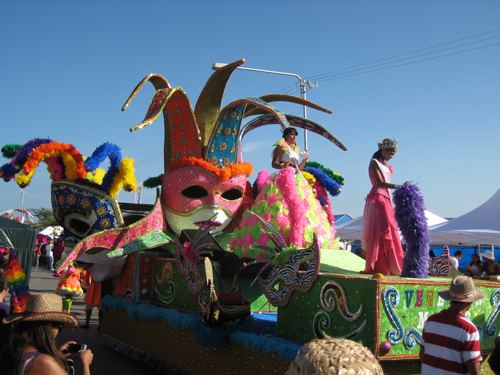 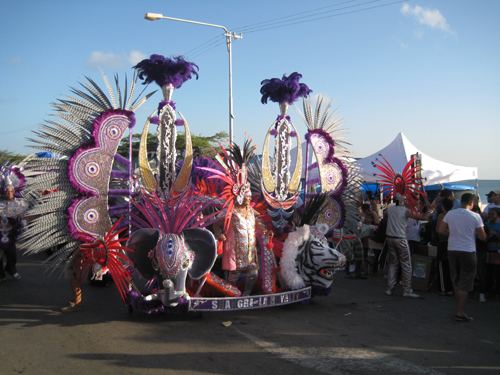 The participating groups are: 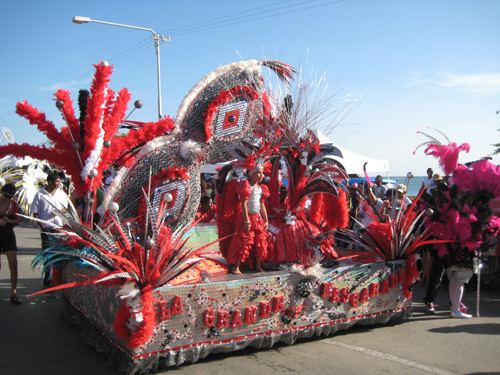